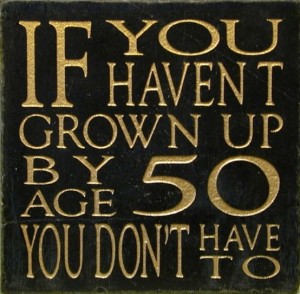 Today I turned fifty years old. My brain, stuck thinking I’m still  in my twenties, is reminded of my true age when I look in the mirror each morning prior to putting on my makeup. And that’s okay. As a writer, celebrating half a century on this planet is not a negative. When it comes to the old adage “write what you know,” I know a helluva lot more than I did thirty, twenty, or even ten years ago. Good writers rely on research to enrich their tales, and what better research is there than life itself?

I’ve had my heart broken and broken a few hearts. I’ve lost a child through miscarriage and then given birth to another, and I’ve traveled halfway around the world (twice!) to adopt two more. I’ve been married and divorced (also twice), and although those relationships ended they’ve left me with a wealth of experiences to include in my writing — not all of them good, but that’s all right too. I’ve dipped my toes in the Atlantic, the Pacific, and the Gulf of Mexico. I’ve spent time in Los Angeles, Chicago, and New York City, as well as Mexico, China, and Hong Kong. I’ve been sick and I’ve been well. I’ve been thin and not so thin. I’ve been broke and not quite as broke (and I’m still working on wealthy).  I’ve hoped and dreamed and planned, and I once fell in love with a man I could not have. More than a decade later that one still hurts.

Writers are sometimes thought of as a quirky bunch, and while that may be justified to some extent, I think that we are just people determined to live our lives to the fullest, to amass as much life as possible so that we can weave rich, fully layered stories and create characters that feel real even when they are just products of our imaginations.

So I won’t bemoan entering my next decade of life —  although I refuse to agree with one friend’s assertion that I’m now a senior citizen(!) I’ll continue to add to my already vast stockpile of life experiences and I’ll continue to write — a lot. Let’s face it, fifty is barely a blip in my timeline. I’m just getting started.

“I declare after all there is no enjoyment like reading! How much sooner one tires of anything than of a book!”